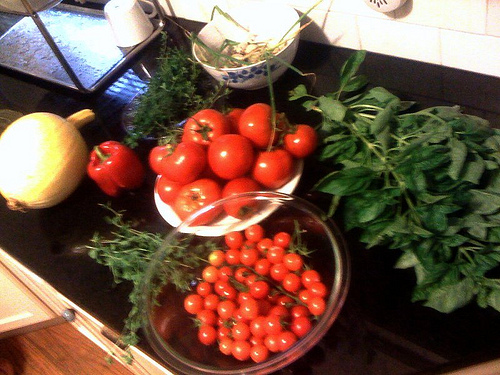 The Summer months were kind to our garden. Above is only a fraction of the gastronomic delights produced. Note the odd, round, yellow “thing” in the very left of the above picture–apparently it’s a pumpkin (I failed to recognize). I put it back outside where it has turned color into a pretty orange, my poor little preemie pumpkin. 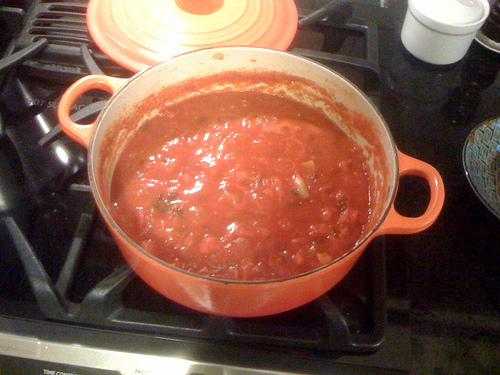 I made numerous batches of tomato sauce over the past few months. Once cooled, I packaged, dated them, and placed them in the freezer where they will rest until being devoured this chilly Winter. I’ve also made some delicious pesto… which is incredibly simple and fresh-tasting over linguini.

There remain tomatoes, peppers both hot and mild, leeks, onion, and a ton of herbs–but it’s getting colder and colder and it will all be gone sooner than I’d like.