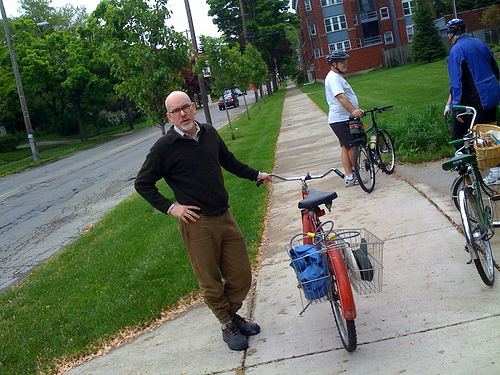 Saturday was the Toledo Bicycle Extravaganza, a Toledo Green Drinks event helping promote bikes as an alternative to the gas-guzzling norm. Groups of people in neighborhoods all over the city met up in differing spots and rode their bicycles to the Toledo Farmer’s Market downtown. A bunch of Old West Enders met in The Commons. 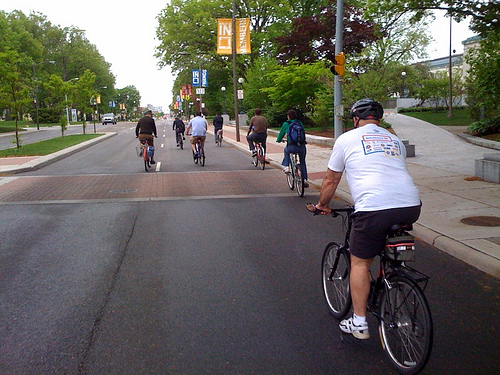 Most of our route was straight down Monroe Street, as it’s probably the smoothest ride to get Downtown. 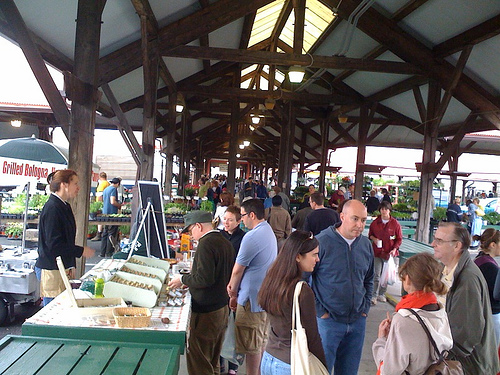 Upon arriving at the Market we shopped for local veggies, cheese and bread. 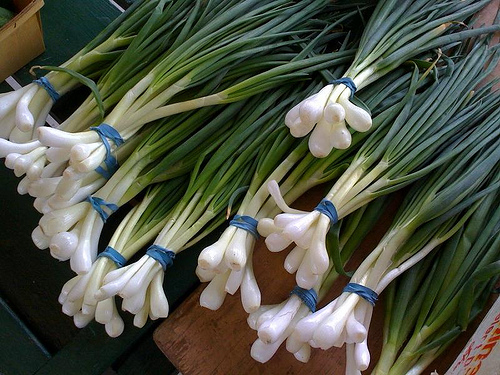 It’s still pretty early in the year, yet there were some great finds. 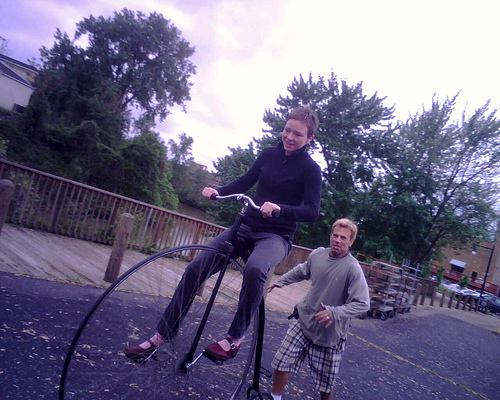 There was an eccentric collection of bicycles, as well… 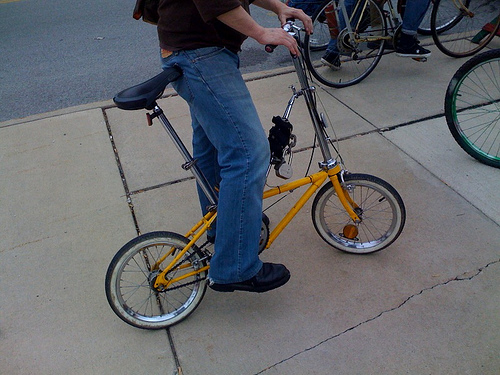 Including this little yellow number… 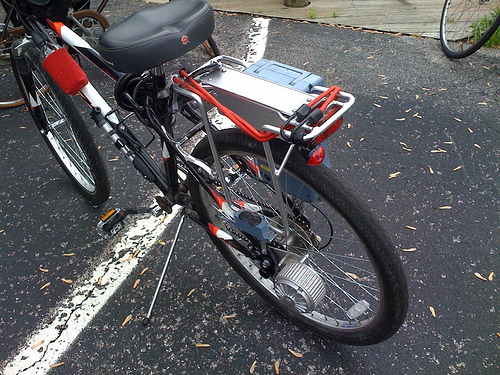 And one powered by electricity for when the owner tires on long rides. 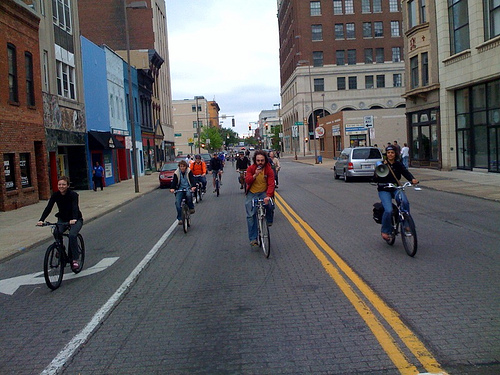 At the noon hour we hopped back on our bikes and headed to Manhattan’s, where a lunch buffet was hosted and accompanied by live music. 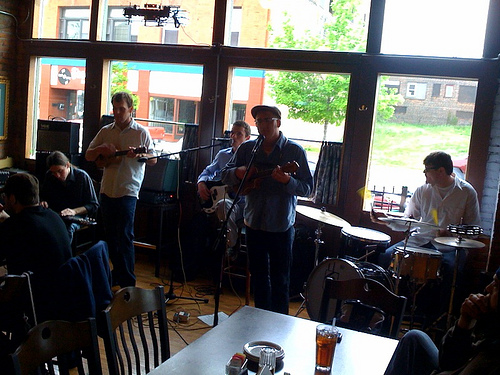 I really enjoyed the “Fairly Handsome Band” which played what I would somewhat expect to hear at a luau. There was a little bit of rain at that point so the ride home was damp. But our spirits were far from dampened. Great afternoon!