Gardening in the OWE 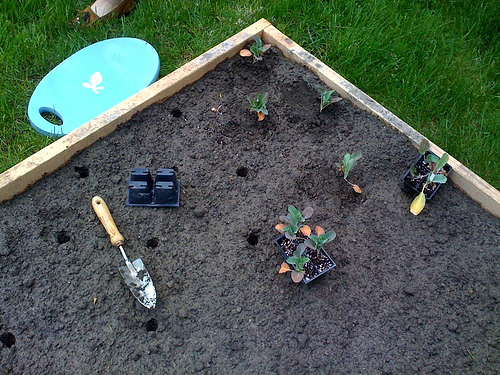 This afternoon I got the first plants of our 2009 garden in the ground. We built two raised beds this weekend and had soil put in a couple days ago. We haven’t had time to plant shop yet but thanks to some totally awesome Old West End neighbors we already have a bunch of plants ready to go. Courtesy M. down the street are a bunch of greens and cabbage. This morning I opened the door to our neighbor across the street, M., who handed me some tomatoes, pumpkins, a gourde, and peppers he’s been growing. And later in the afternoon A., on the next block, brought over some cherry tomatoes. Thanks, everyone! 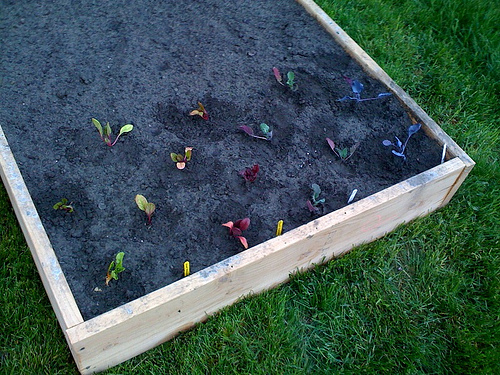 This is just another example of why I love living in this neighborhood–OWE people are really friendly and always looking out for each other. That and having a program like the Old West End Private Security Co. during tough times like these is a total plus. If you live in the OWE and aren’t a subscriber, do look into it. I’ve been seeing more and more patrols over the past week–and that’s a good thing.