Smoke on the Water 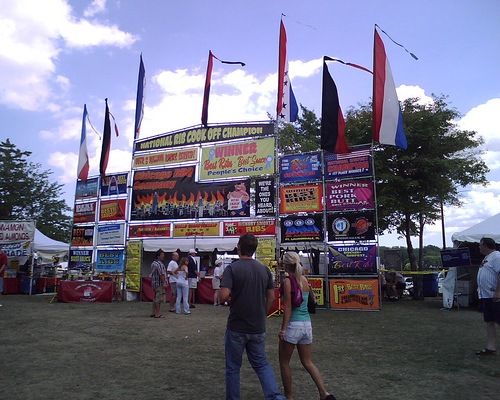 The booth for Chicago BBQ Company was a little over the top, right? Ribs aren’t really my thing — I just don’t care for meat on the bone — but I think I’m in the .5% of the population that feels this way. By the time we left, the park was pretty populated with rib lovers. 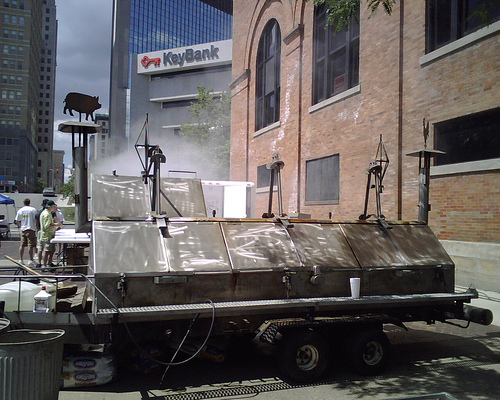 D. is in the top 99.5% that loves ribs. His favorite was local staple, Po Moe’s. There was a warning sign speaking to the fact that “spicy means spicy”. He ordered “spicy” and says: “I would describe those ribs as facemelting”.

I was just happy to see people enjoying Downtown. There’s little reason for Promenade/Festival Park to be empty on any weekend.