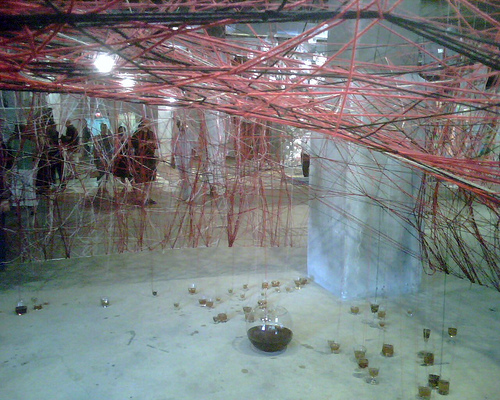 There is a great installation at the Secor Gallery right now (through July 12th). The Secor Gallery artists paired up with artists from the Detroit Industrial Projects to create several works within the vast space. 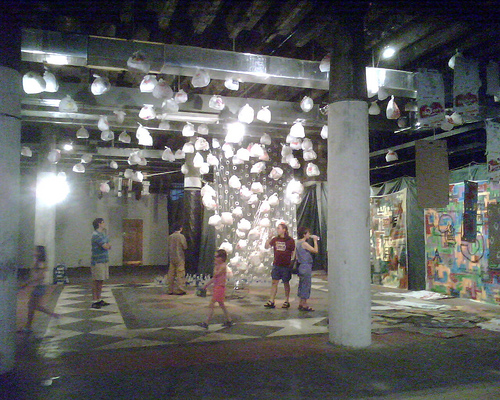 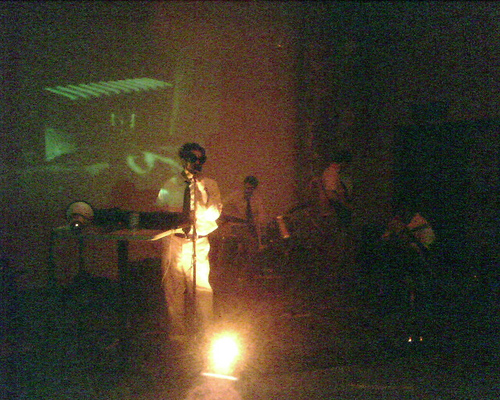 The opening was Saturday night with The Drawers playing in the lobby. David Lynch’s Eraserhead was playing on a backdrop behind them, which I hadn’t seen since I was in high school. 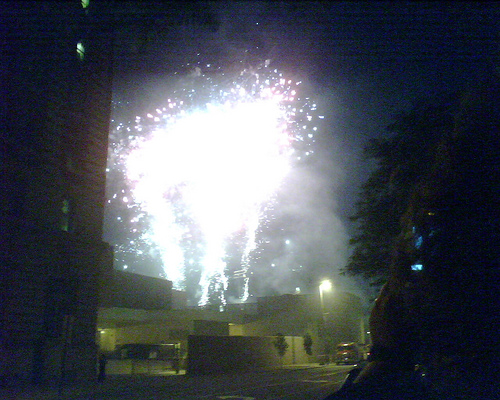 There happened to be a Mud Hens game going on so a few of us stepped around the corner to watch the fireworks at the end of the game. The night was capped off with an after-party at Mickey Finns. It was packed with people, many I hadn’t seen in quite a while, and bands playing both inside and on the back patio.