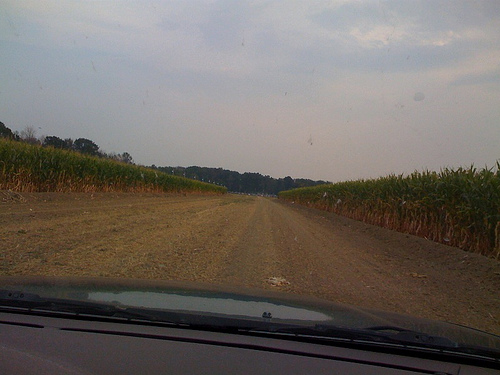 I carry a bit of Bavarian blood in me and have visited Germany twice, BUT I’ve never been to a German-American festival. We’ve heard nothing but good things about the festival in Oregon and that raccoon mascot/logo is so damn nice… we grabbed our designated-driver/lawyer and drove over the river. The cornfield on both sides of the drive to the parking lot was a little ominous. 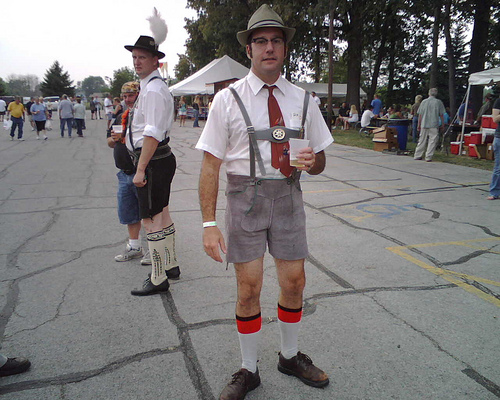 We ran into M. almost immediately, and of course, he was in lederhosen. He was also a few beers ahead of us so we got some tickets and started drinking. D. was able to finish the night off with a free glass mug by trying 7+ different beers. I tried to stick with old reliable Bitburger. Bitte ein Bit. 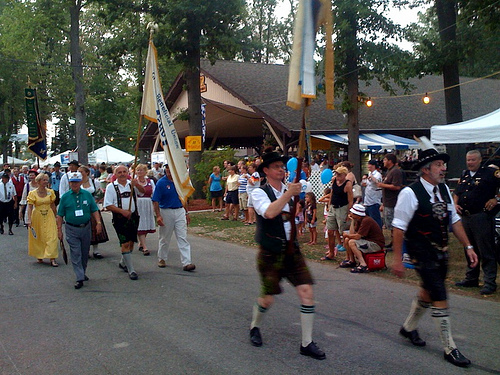 There was more to this festival than just beer. There was food, lots of it, pretzels and sausages and potato latkes/pancakes. There was quite a bit of dancing. And there was a parade! 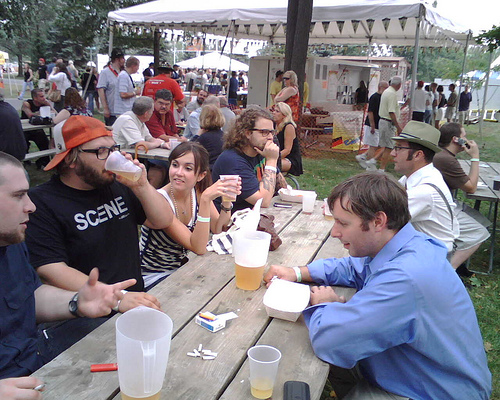 But in the end, the real focus was on drinking bier. Except for our designated driver who had none. :( 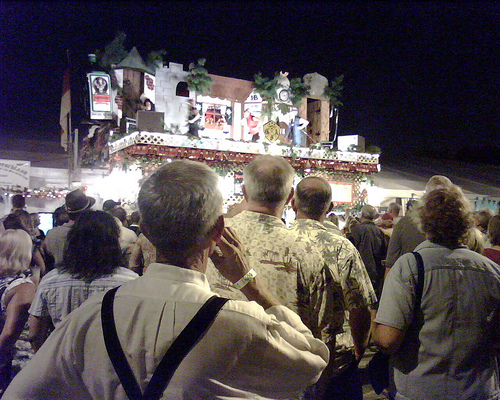 At one point, there were dancers on a giant cuckoo clock-styled stage. It was around this time that I started to realize the crowd was getting bigger. 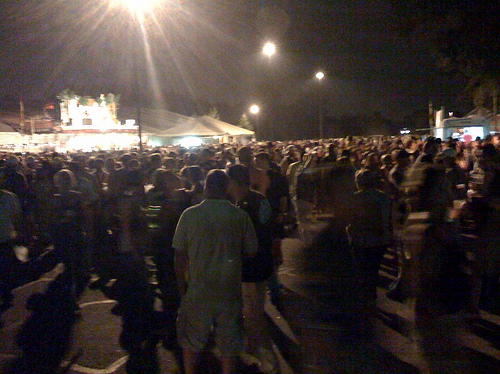 Much bigger. And it was about this time that we decided it was time to go home. 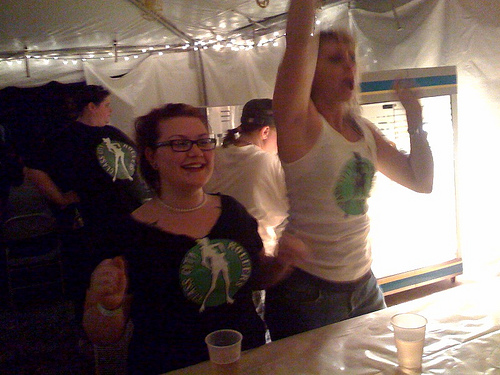 But not without saying bye to the rollerderby girls. BYE!