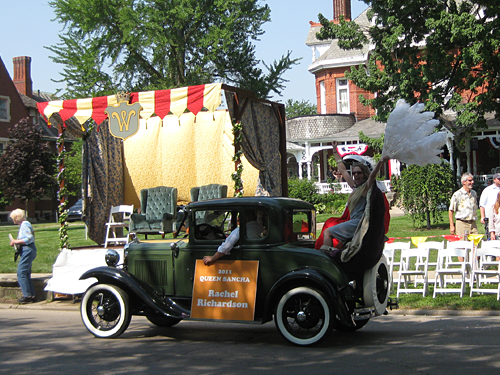 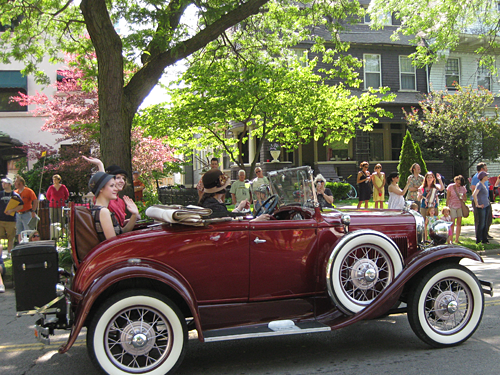 My favorite weekend of the year is The Old West End Festival weekend! And to kick it off, our neighborhood hosts the King Wamba Parade. The best way to describe the parade is “eclectic!” I absolutely loved this old car. 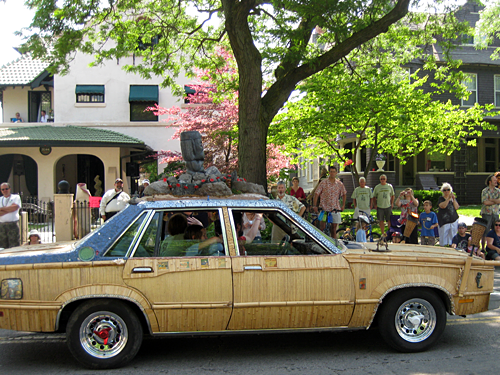 For every antique beauty there were equally amazing art cars. I love the tiki wonder pictured above–a creation by OWE resident, Melanie Harris. 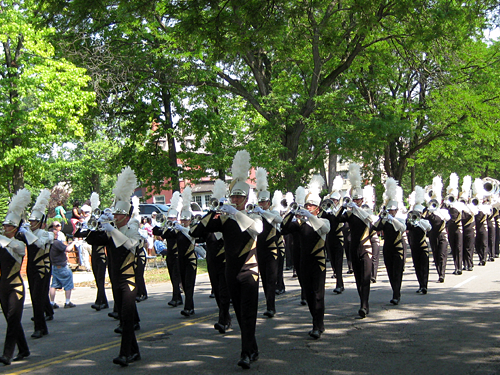 Parade watchers were serenaded by The Toledo Glassmen… 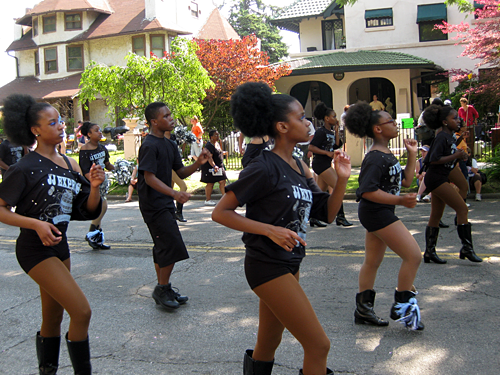 … and entertained by the dancing girls (and guys) of JJ Express! 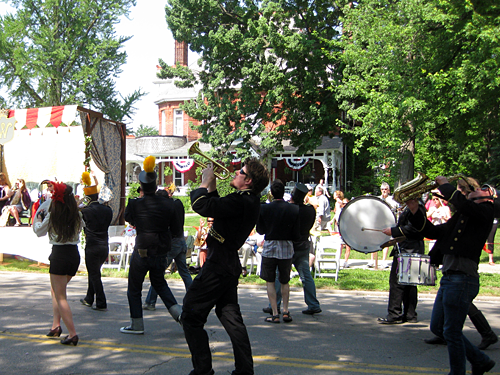 I was most pleased by the visiting Detroit Party Marching Band. 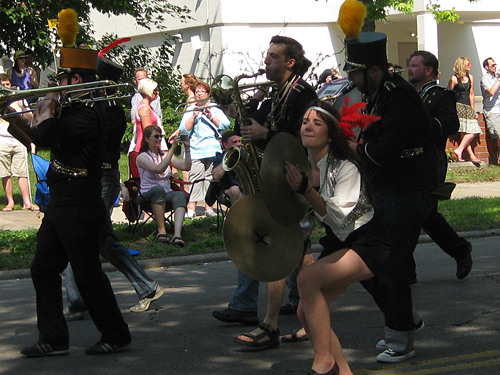 And a party they were!

Great parade, great food, fun parties, golf carts!, and an all around great weekend. I will post video from the entire weekend shortly.