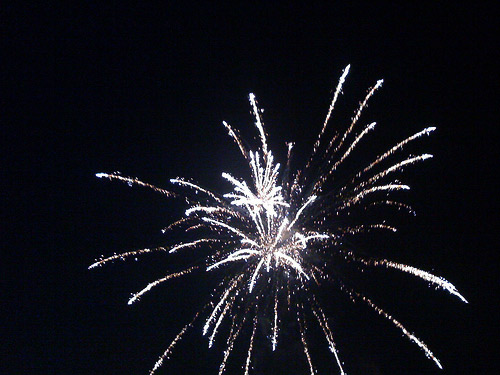 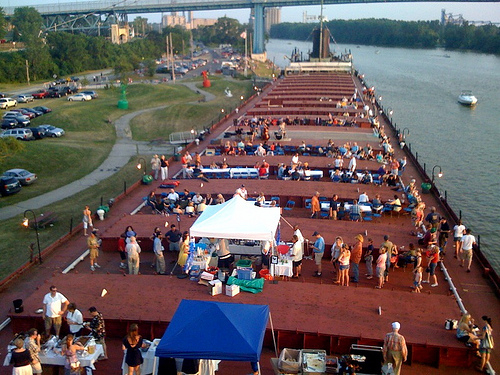 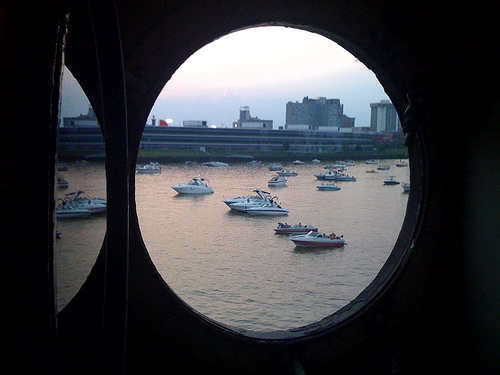 There was food and a bar, but the most fun came from being able to tour the ship on our own. The river hosted “boatloads” of people waiting for the fireworks. 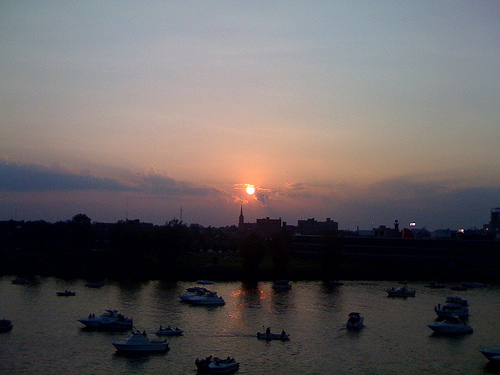 The sunset was beautiful from the prime spot we carved out for ourselves. 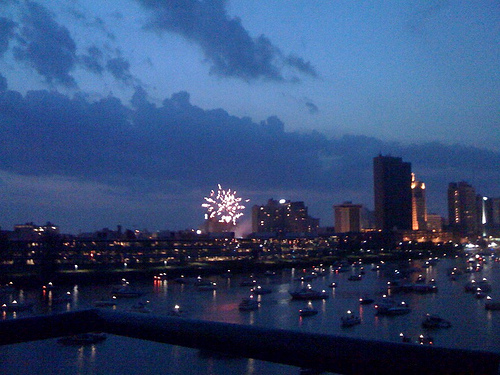 We were on the tippity top of the Boyer facing downtown and only meters from where the fireworks would happen. While waiting, maybe not so patiently, we took photos of the (what I am assuming were) non-legal fireworks happening within the inner-city.

D. took video of the fireworks and then sped the 20-something minute footage up to fit into 3 minutes. It’s disorienting. But great.