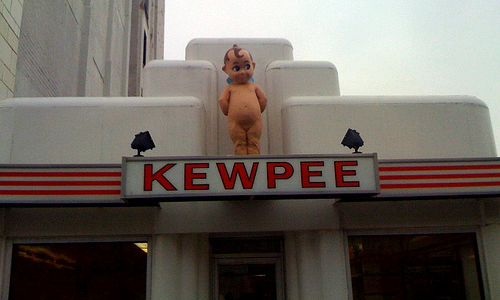 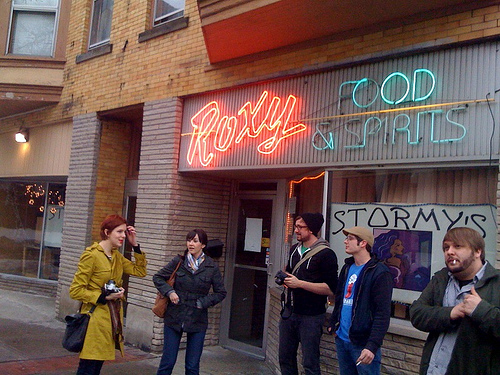 A little over an hour south of Toledo lives the little town of Lima. And in Lima lives three (3) of the five (5) remaining Kewpee Hamburger joints left in America. According to legend (ie. Wikipedia), Kewpee is the second fast-food hamburger chain in America and many claim the predecessor to Wendy’s.

Our friend, C., hails from Lima and after sharing with us stories of these amazing burgers whose namesake comes from a somewhat-creepy plastic doll, was able to convince a group of us to jump into a borrowed van and head south. We got into downtown Lima at the cocktail hour, so a quickie at Roxy (or was it Stormy’s?) preceded our hamburg pilgrimage. 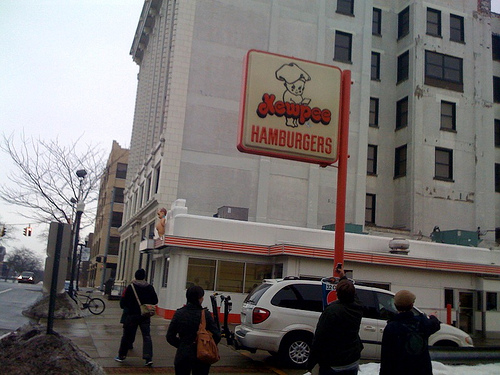 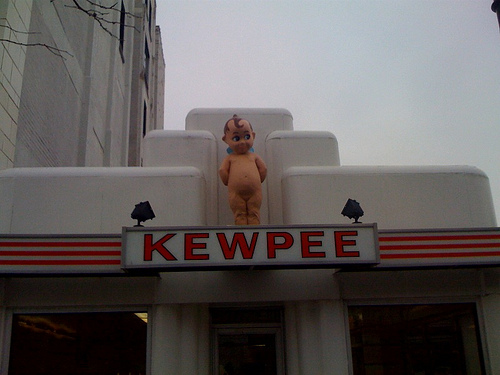 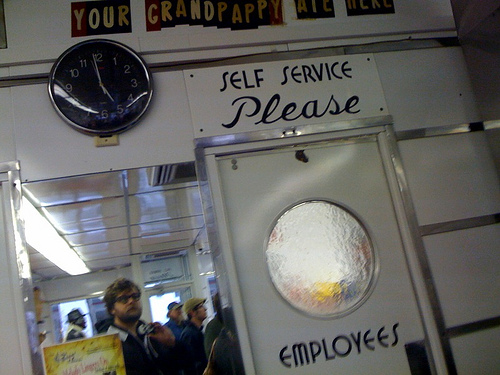 The interior is a small diner with seemingly little updates over the years and according to a sign on the wall, “Your grandpappy ate here”. 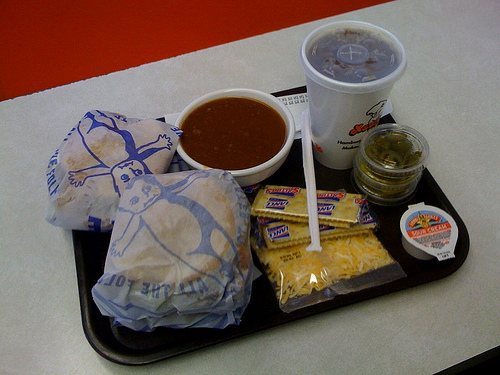 D. and I picked out some burgers, chili and iced tea to share. 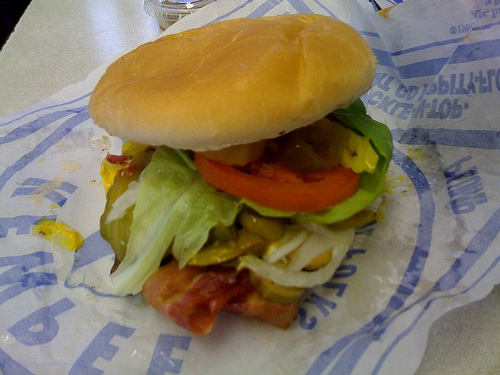 And this is what D.’s burger with “everything” looked like as it was unwrapped. Looks great, right? I can attest that it tasted even better.

There were no complaints from us, nor our fellow travelers. So, here’s a daytrip idea for your next lazy day off.