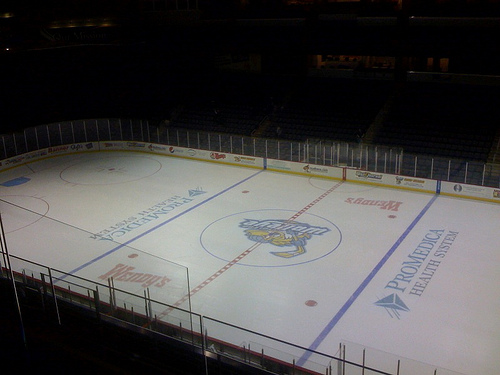 Friday night, J. hosted a group of friends in her office’s suite at the new arena. This was more than my first time seeing the Walleye play–it was my first hockey game ever. 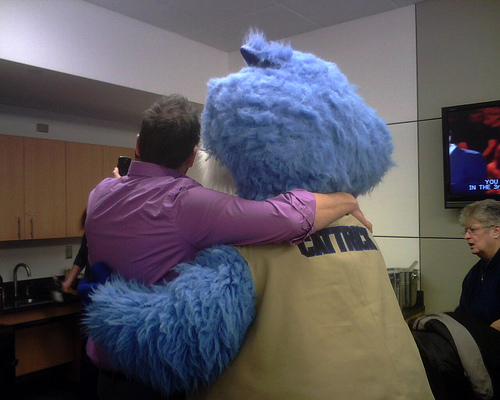 There were people dressed like furries, posing for photos. 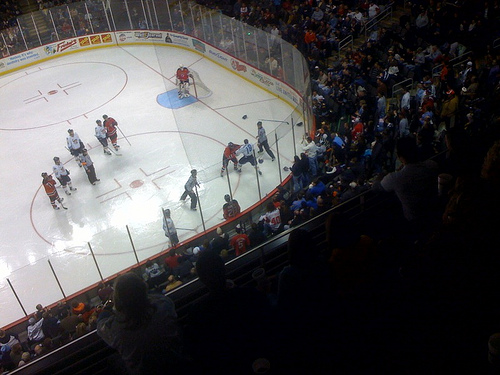 And a fight… someone should break it up! 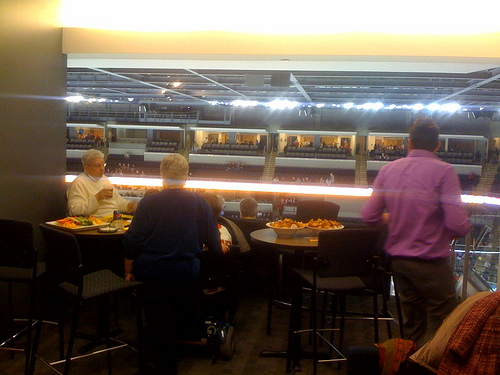 Snacks were yum, and the Lucas Co. Arena is very nice. 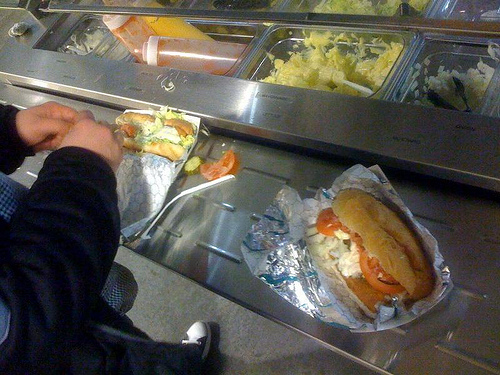 D. and R. had their minds set on walleye sandwiches. Supposedly, the condiment bar is epic. That’s a lot of mayo! 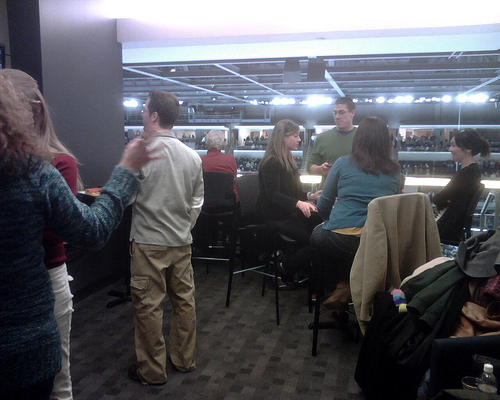 And at the end of the night, Toledo Walleye won the game! Great job!

…but stop all the fighting.