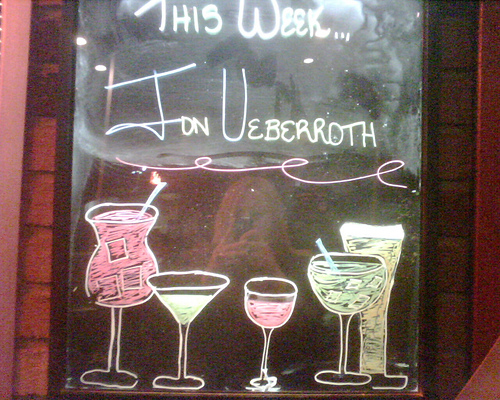 I’m really not a comedy fan. But it’s good to push yourself to do things you wouldn’t normally once in a while. Right?

Friday night, our friends M. and K. invited us out to see M.’s cousin do stand up. Jon Ueberroth is originally from the East Side so his routine was very Toledo-centric. Several funny cheap shots were tossed towards the East Side, of course. 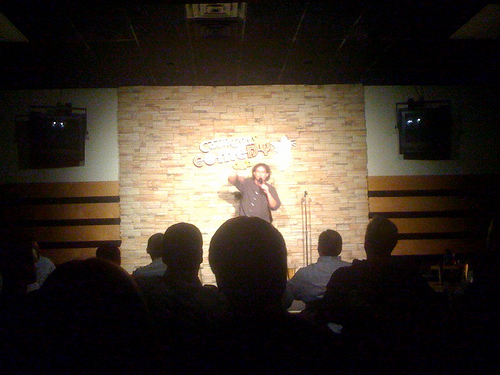 More friends joined us, like R. and M. — who happened to have gone to high school with one of the opening comics, Andy Peters. Andy was very amusing, especially when the question had arisen of whether there was a Potbelly sandwich shop in Toledo. 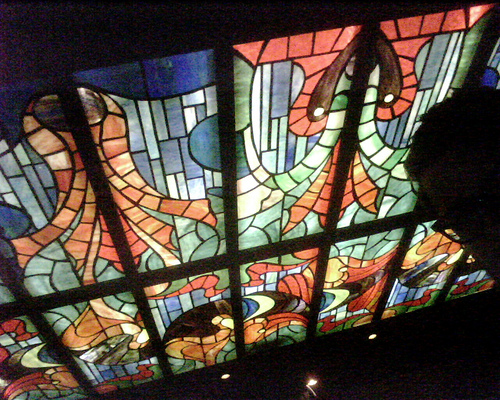 There there were plenty of laughs, cheap drinks, and outside the outbursts of what we called “the stoned table” it was a pretty great time.