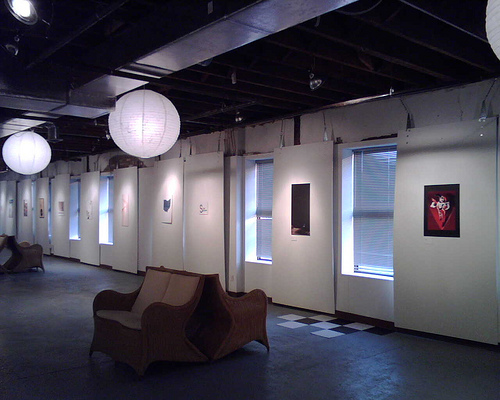 Last night saw the 8th Meet & Greet event merge with the Arts Zone Third Thursday Art Walk. There was a bus loop going between aprox. 8 different stops, including the Parkwood Gallery, Collingwood Arts Center, UT’s Center for the Arts, and the Toledo Repertoire Theatre. Eleven galleries were open (to walk or bus to) and we started with Space 237 which had the Toledo AIGA’s “Design What?” show up. 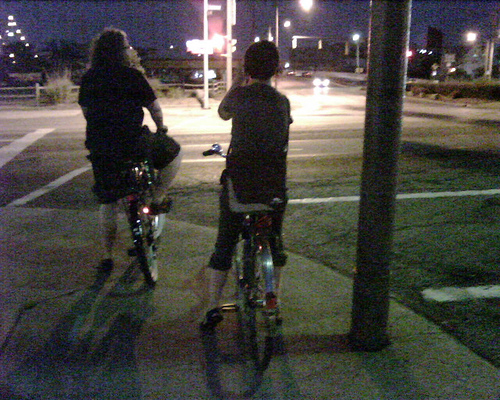 We choose to ride our bikes rather than take the bus, which was a lot of fun and J. joined us. Biking downtown at night was pretty great with little-to-no traffic and breezy weather. 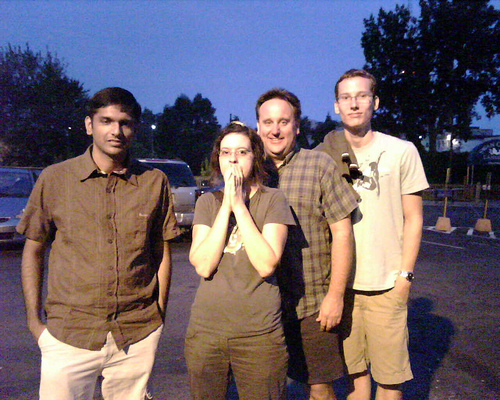 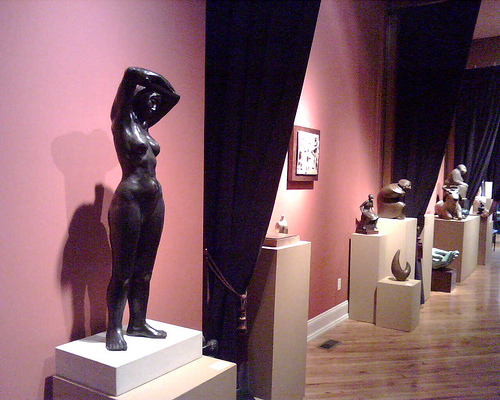 20 North is showing a tribute/retrospective to Joe Ann Cousino right now and I totally recommend you check it out. There is some great sculpture, photos, and news clippings exhibited. 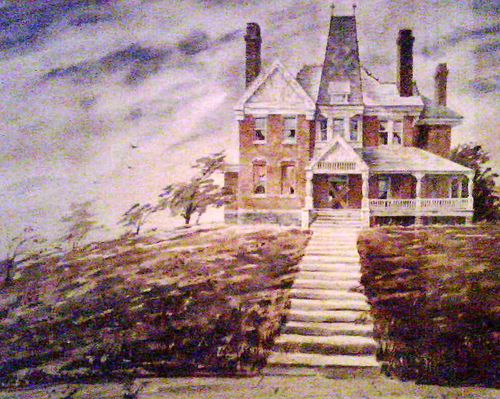 D. got a treat when walking into the Blue Heron Gallery (@ The Oliver House). A watercolor in the hallway clearly showed his grandmother’s house/spa in Grand Rapids, The Kerr House. It was obviously before the renovations that happened in the late 70s. The artist, Jim Brower, was in attendance and D. was happy to meet him. His watercolors will be showing through September 29th. 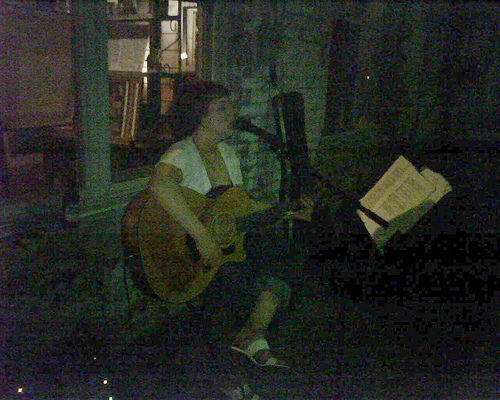 Before making our way to the after party at The Blarney, we strolled down to the Morris Street Studios. There was live music outside the studio and also at the Blarney, which was packed full of people inside and out. Again, a great night out in Downtown Toledo.